What is Ammonium Perchlorate?

Ammonium Perchlorate or NH4CIO4 is a colourless or white compound soluble in water. It can be produced in solid or powder form. To obtain the highest purity of this salt, we manufacture the reaction between ammonia and perchloric acid. It can also be produced by a salt metathesis reaction of ammonium salts with sodium perchlorate. Ammonium Perchlorate is commonly used as an oxidizer in propellants.

What is the pH of Ammonium Perchlorate?

Ammonium Perchlorate is a powerful oxidizer. Its pH is set between 4.3 and 5.8. Therefore, contact with skin, eyes and respiratory tracts should be avoided.

Where to buy Ammonium Perchlorate?

Aldebarán Sistemas is a supplier of Ammonium Perchlorate for the Defense and Pyrotechnic industry. If you are interested in purchasing this component, contact us for further information.

The combination of Ammonium Perchlorate and Aluminum is used in the propulsion of Space Shuttles. When this fuel burns, it produces a great amount of energy over 5000 degrees Farenheit, being able to impulse and lift the rocket from the launch pad. 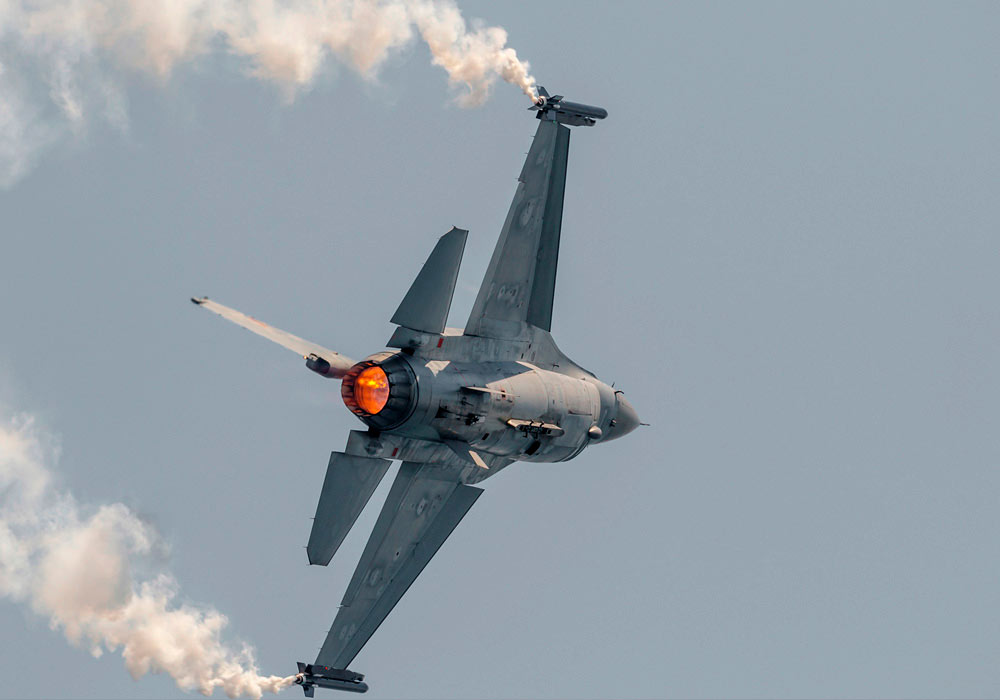 Ammonium Perchlorate is also used as a composite propellant in military aircrafts, aircraft ejection seats as well as defense purposes.

In the automotive industry is common to find Ammonium Perchlorate in airbag manufacturing and other components.

We are one of the only three registered companies that are allowed to manufacture and sell Ammonium Perchlorate.

Aldebarán Sistemas is a leading company specialised in the production and distribution of chemical products for defense and pyrotechnic industries.

We work with every military specification as well as any particle range, adapted to the requirements of every client, even the most demanding specifications related to products, features and packaging.

Our boxes are homologated under the control of hazardous products and according to our client’s needs. All components are sent in a craft box and a vacuum-sealed aluminum bag. Both are labelled with all product details to ensure full traceability.

Our products have been approved by the most important international and national legal institutions reasuring that our substances comply to all required safety regulations.

We customise each order of Ammonium Perchlorate for each individual client: particle size, packaging and packaging size according to the client’s needs.

Before we send our products to our client, we carry out exhaustive quality controls in our in-house laboratories to ensure the product’s high purity.

In our in-house laboratory, our team performs a process of control and inspection of the size of the particle to guarantee a correct homogeneity between lots.

SO YOU WANT IT, SO WE DO IT

Ammonium perchlorate is a chemical compound made from the reaction of ammonia and perchloric acid. It’s an inorganic chemical compound, that means that lacks carbon-hydrogen bonds. These inorganic compounds can be found on the Earth’s crust, such as some of the simplest compounds that contain carbon.

The appearance of ammonium perchlorate is colourless or white solid (depending on its state), and it is easily soluble on water.

Ammonium on its own is a cation, that means it is a positively charged polyatomic ion. Ions are charged chemical species, meaning that a polyatomic atom is the one composed of more than one atom. In this case, an ammonium ion contains one nitrogen atom and four hydrogen atoms (NH4+).

An ammonium ion is produced when a weak base, in this case ammonia, reacts with a proton donor, that is an acid. This is demonstrated according to the Bronsted theory that explains that acids and bases can be defined by the way they react with each other expressed in an equilibrium formula. The ammonium ion has the same role as liquid ammonia, a nonaqueous solvent that dissolves alkali metals like magnesium, calcium, strontium or barium among others to form high-conductive solutions.

When the Ammonium ion, a mild acid reacts with a base, according to the Bronsted theory produces an uncharged ammonia molecule. In the same way, when ammonia is dissolved in water, a small amount turns into ammonium ions.

Ammonia is present in the biosphere and it is a great source of nitrogen for all living systems. We can find some plants that rely on ammonia and nitrogenous waste. Nitrogen fixation is a common process essential to life and in which the nitrogen available in the air turns into ammonia (NH3), a compound that most organisms synthesise. Legumes are an example in which they use this symbiotic relationship creating ammonia from nitrogen from the atmosphere. Also, humans excrete ammonia through urine.

Ammonia, can not only be found in liquid form, but it can also be a vapor that, when in contact with hydrogen chloride vapor, it creates a big white cloud of ammonium chloride turning into a white solid thin layer when it settles on surfaces.

An ammonium cation can be found in salts of nitrate such as ammonium perchlorate, decomposing in ammonia and hydrogen.

Perchlorates are chemical compounds that contain the perchlorate ion CIO4 resulting from the dissociation of perchloric acid and its salts dissolved in water. Perchlorates are commercially produced as salts and most of them are soluble in non-aqueous solutions. Its most common use is as a propellant due to its explosive properties as an oxidizing agent but other uses include the control of static electricity in food packaging.

It has been studied that perchlorates can have a harmful effect on human health, affecting the hormone production in the thyroid gland.

The industrial production of perchlorates is made by the oxidation through electrolysis of an aqueous solution of sodium chlorate. Similarly, this is used to produce sodium perchlorate frequently used as rocket fuel. Perchlorates and most specifically, ammonium perchlorate, are used as oxidizers in propellants of rockets and in smaller amounts, they are used in fireworks and the pyrotechnic industry in general. Other uses in different formulations include the control of static electricity in food packaging that stops food from being stuck to the plastic or cardboard packaging. Potassium perchlorate has also been used to treat hyperthyroidism by therapists. As said before, one of the health risks of the ingestion of perchlorates is its effect on the thyroids. It acts as an inhibitor of the thyroid gland and it could have fatal effects on new-borns, fetuses and children.

The formula of Ammonium perchlorate is NH4CIO4. Ammonium being NH4 and Perchlorate formulated as CIO4.

Our laboratories produce ammonium perchlorate in large quantities depending on the use that it is meant for. Contact us to obtain more information and acquire this substance. We will send it to you, following all safety rules both in packaging and delivery of the product.

The decomposition of ammonium perchlorate happens just before melting, and the same happens with crystals, although they produce a thin layer on crystal surfaces in high combustion processes.

A very intense and strong heating can lead to explosions. Ammonium perchlorate as a class 4 oxidizer, can produce an explosive reaction for particle sizes over 15 micrometres, getting classified as an explosive.

Ammonium Perchlorate composite is often used to manufacture solid fuel propellants. When mixed with aluminum or an elastomeric blinder, an elastic polymer, it can produce a great combustion often used in solid rocket propellants for space launch o military uses. However, in lower quantities, it can be used in amateur high-powered rockets.

The primary uses of ammonium perchlorate can be summarised in:

This type of propellants uses particles in grains, and depending of its size and shape, they will burn quicker or slower. According to its composition, there are four different types of solid propellant, single-based, double-based, triple-based propellants and composites.

The combination of ammonium perchlorate and aluminum is key in producing a composite propellant used in space shuttles. These apparatuses need big amounts of energy in order to take off from the ground.

Inside the rocket, we find a part that is filled with these substances that, when get in contact and heated, they form the chemical reaction triggering a big explosion that blasts off the shuttle. Ammonium perchlorate and aluminum are placed in solid rocket boosters, the two-pointed tanks on each side of the orbiter that help thrust the orbiter above the ground.

These solid rockets are indispensable to lift the orbiter, that is the rocket where the astronauts are placed and will live. They contain a propellant, a chemical reaction filled with fuel and an oxygen element. The most common elements are perchlorates and other metals like aluminum, as well as an iron oxide catalyst helping the formula to burn faster as well as a binder that holds all elements together.

Ammonium perchlorate creates oxygen combined with aluminum generating aluminum oxide and aluminum chloride, water vapor and nitrogen gas which heats up the inside of the rocket boosters and lifting them. When both components mix and react with each other and are burned, they produce big amounts of energy and a massive thrust that boosts the shuttle above the ground.

In about two minutes, all the fuel is burned providing the most important thrust to lift the orbit up. However, this doesn’t mean that the rest of the rockets don’t do their job to lift the orbiter. The orbiter starts its engines with a mixture of hydrogen and oxygen fuel generating high temperatures that help itself to impulse.

When the solid rocket boosters separate from the main rocket, they continue going up until they reach the highest altitude and fall down back to Earth. Whereas the big orange tank keeps following the orbiter until it disintegrates when it reaches the atmosphere.

Ammonium perchlorate is widely used in the military industry specially for rockets, explosives, flares and ammunition.

Ammonium ion, as it was explained before, is the result of a conjugate acid of a weak base, ammonia, whereas a perchlorate ion is the conjugate base found in a strong acid. The behaviour of the acid base from the salt depends mainly on the ammonium ion.

Therefore, the aqueous solution of ammonium perchlorate is slightly acidic making its pH equilibrated to the left.

As an oxidizer, ammonium perchlorate works within a big number of compositions, specially in order to create a chemical reaction in the pyrotechnic industry. In order to obtain some specific pyrotechnic results, ammonium perchlorate is a great option to use in the composition of fireworks that require a slow-burning effect, such as torches or lancework.

The most common use of perchlorate composite propellants is in solid rocket boosters. Our company, Aldebarán Sistemas, is legally named as one of the few suppliers allowed to produce ammonium perchlorate composite propellants. If you are interested in this component for space or military use, contact us and we will provide you further information on how you can acquire this substance.

Ammonium perchlorate is a dangerous chemical product when it gets in contact with other elements or heating sources, therefore anyone that manufactures this product should follow all the compulsory and required safety rules.

Aldebarán Sistemas has a long history in the manufacturing of all type of chemical substances for the military industry and specially ammonium perchlorate. We are one of the very few companies allowed to produce and distribute ammonium perchlorate, with certificates from the Spanish Government that guarantee the safety in the manufacturing of the substance as well as the REACH compliant and ISO 9001 that guarantees the quality and the purity of our composites and substances. We make sure that each substance and composition is carefully packaged following all safety instructions.

Contact us to obtain more information about ammonium perchlorate and how you can buy it. We will ship the product completely safe to any location.

If you are interested in purchasing Ammonium Perchlorate we will help you.